Several attempts to build a harbor in west Los Angeles to encourage trade with the Orient began in 1880. All were destroyed by storms and flooding. Marina del Rey was not federally authorized until 1954. Today it is the largest man-made marina in the nation.* 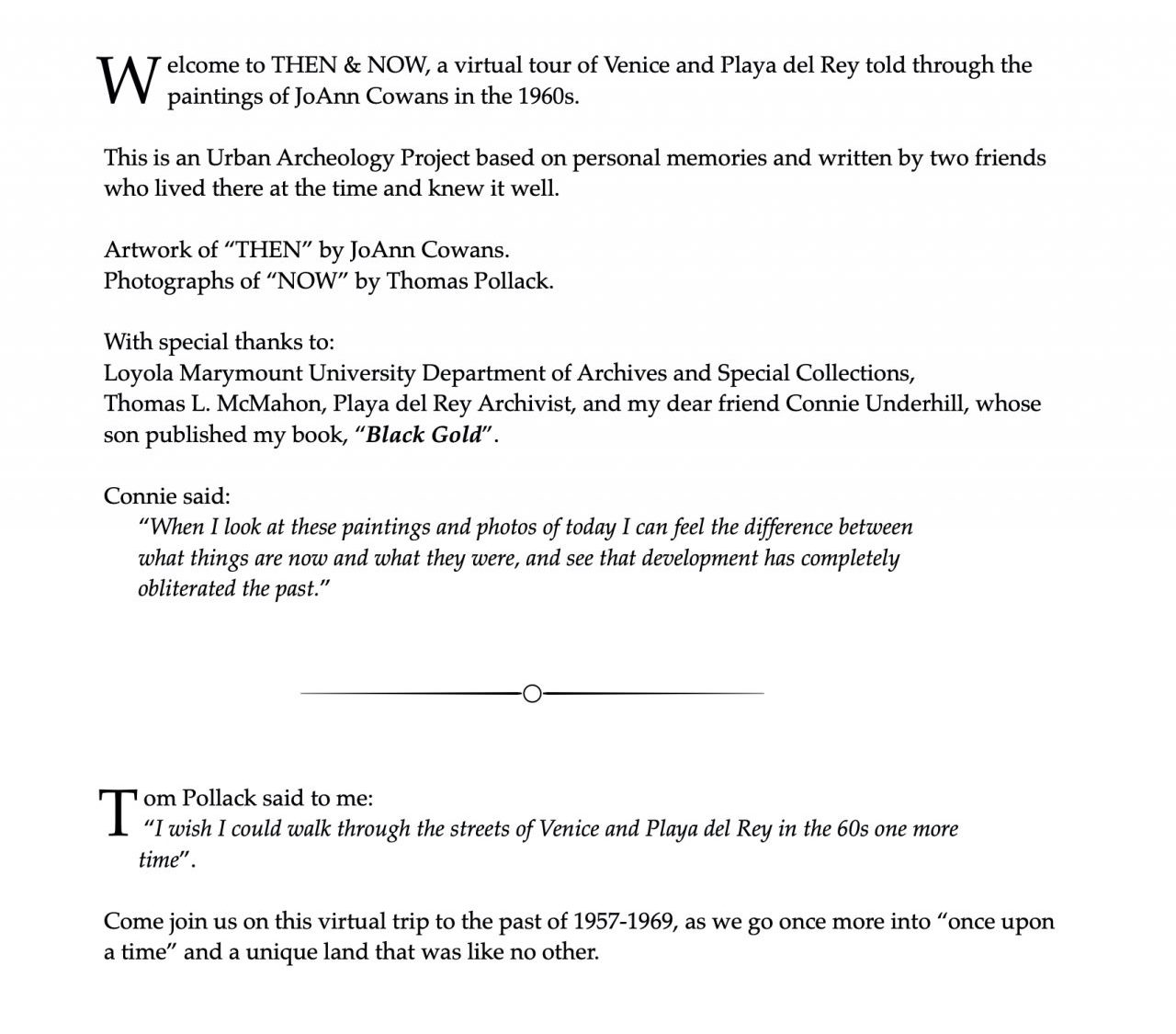 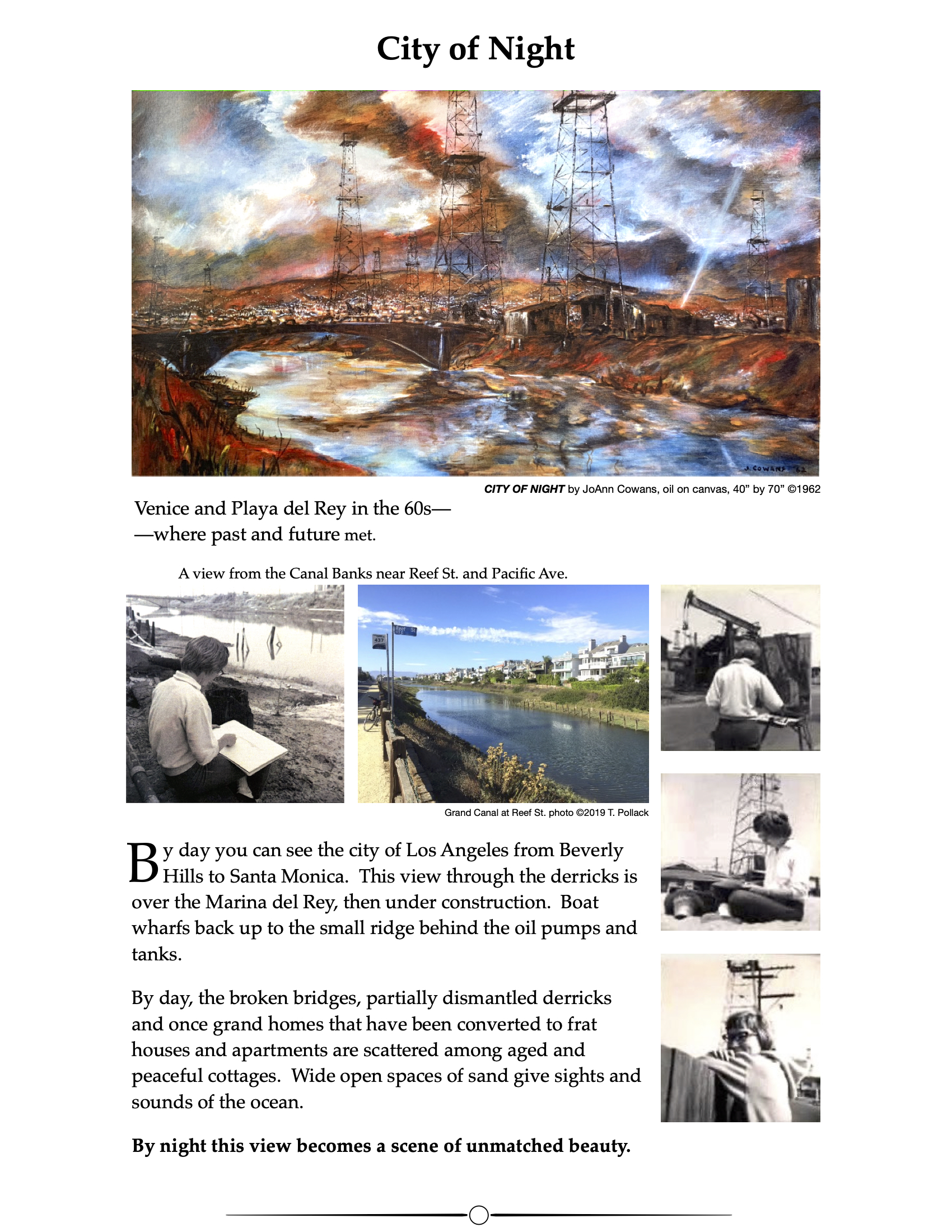 A preview of our journey

A changing virtual exhibition of JoAnn’s artwork of the time.

Many movies have been filmed in the areas shown in JoAnn’s paintings of Venice and Playa del Rey in the 1960s.
The most notorious is Orson Welles’ 1958 “Touch of Evil”. The movie is a film noir written, directed by and co-starring Orson Welles.
The Venice oilfields, bridges and canals of City of Night framed the famous death scene. Here, at the end of the movie, Orson, as corrupt Police Captain Hank Quinlan, was shot and fell into the canal.*

*The destruction of oilfield equipment had already begun when JoAnn was working there from 1960 through 1962. 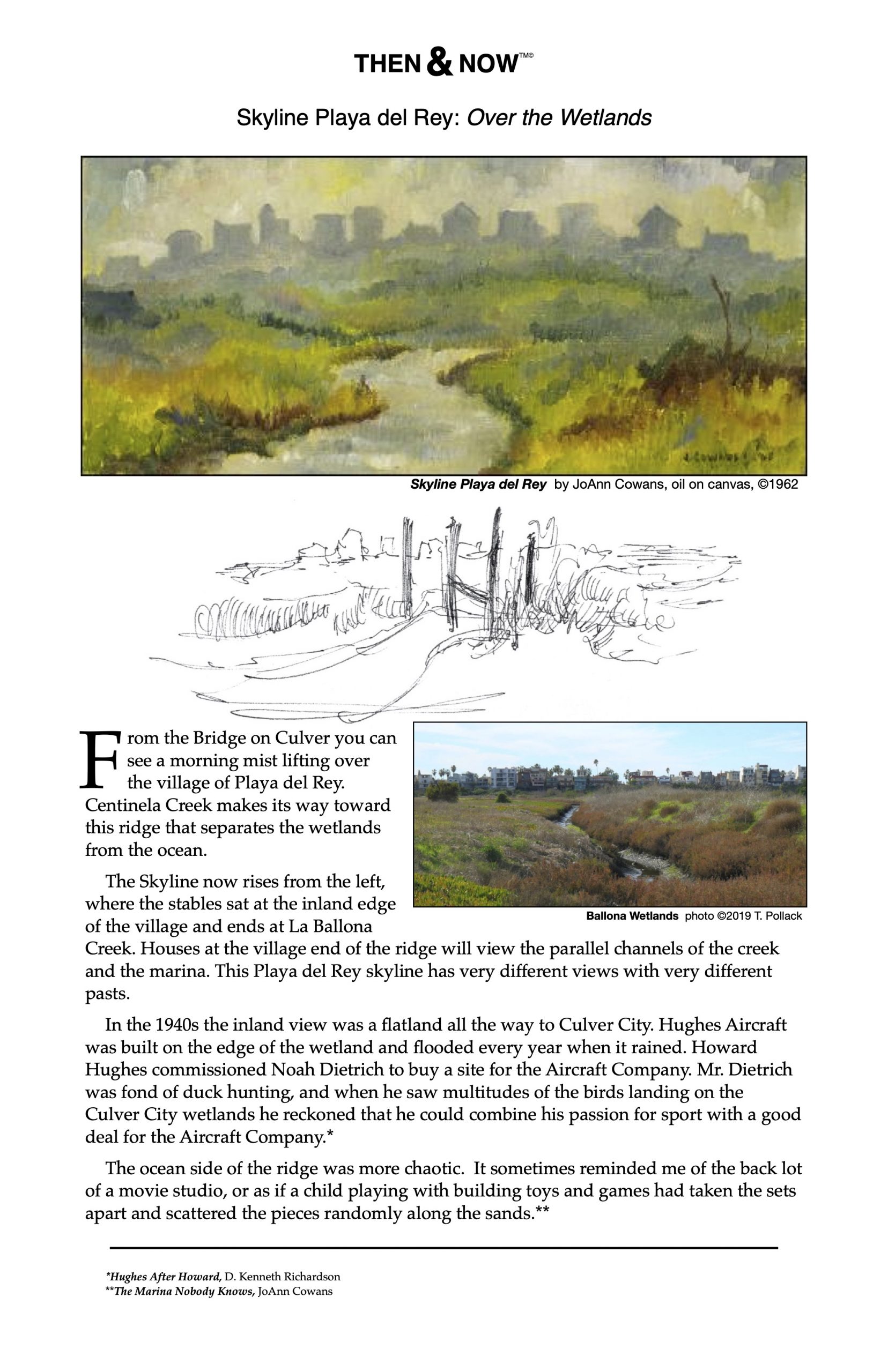 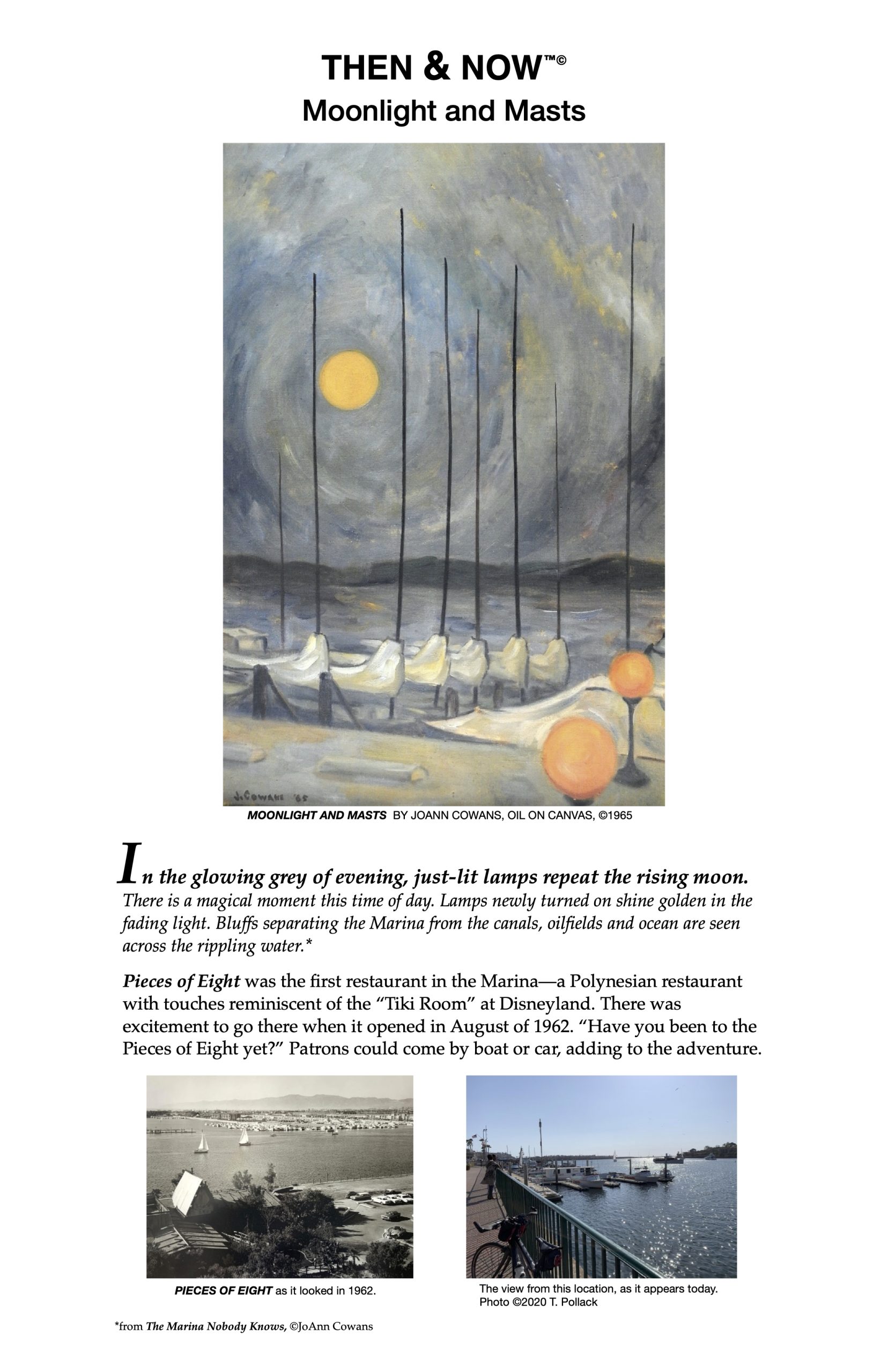 There are many layers of history and sand on the shores of Playa del Rey, TheBeach of the King. Perhaps the most heart breaking is the story of Mae Murray, “The girlwith the bee stung lips”.
Years later she wandered alone there. I think she was one of the people who often came by to watch me paint.